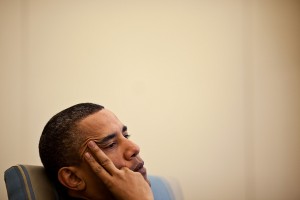 The crisis in Iraq has naturally thrust oil back in the headlines and it is not hard to see why. Of the twelve OPEC members that we rely on for oil, eight of them are in decline, which means that they are producing less oil than in previous years. According to Market Watch, only Iraq has actually significantly increased its production of oil, supplying the world with nearly 3.3 million barrels a day. Unfortunately, this increase in oil is now threatened by ISIS rebels bent on taking over Iraq and turning it into a Muslim Caliphate.

Thankfully, we have not yet felt the full impact on oil prices because 70% of Iraq’s oil production is in the south and ISIS has, so far, only invaded Northern Iraq. However, this terrorist group is doing better than most analysts had originally predicted and currently has the Iraqi army on the run. What is more, the invasion has successfully scared foreign oil companies out of Iraq and it is unlikely that they will want to return anytime in the near future.

Obamanation At Its Finest

Unfortunately, it is not just the debacle in Iraq that has the potential to drive oil prices through the roof. In the past, Obama proposed a plan that would grant the United States Government a $52 million budget to control oil prices.

To attempt to keep costs artificially low so that We the People will not vote his party out of office in the coming elections. President Maduro of Venezuela did something similar when he sent his goons around town to force stores to lower the cost of household supplies so that they could be bought with small quantities of Venezuela’s worthless currency, and it has (so far) enabled him to retain the support of those who are willing to accept a corrupt government in exchange for freebies.

However, as one analyst succinctly put it, the government cannot artificially control the laws of supply and demand. If there is an abundance of any given item, it will be cheap. If a particular item is scarce, it will be expensive. Even before the Iraq debacle, the demand for oil was going up and the International Energy Agency was imploring OPEC to increase production by over a million barrels a day.

Another factor that has the potential to make matters worse is Obama’s meddling in the Ukraine crisis. We had no business providing billions of dollars to a foreign country in an attempt to get them to change their government, but we did.

The result? Europe is now facing a potential energy crisis, and, in return for their support, Obama is offering them oil produced as a result of the shale gas boom.

It would seem comical, except that it’s true. We are still going through a recession, our gas supply line from foreign countries is threatened, prices have the potential to go through the roof and we are going to export a precious commodity in order to keep the Europeans from getting too cozy with Russia. Ingenious.

Naturally, it is impossible to predict the future, so there is no telling how things will play out. Perhaps the 275 American soldiers that Obama is sending into Iraq will turn things around and make all the difference. Hopefully Congress will tell Obama to take his plan to artificially control oil prices and put it where it belongs. However, it is important to be aware that we are rapidly heading towards $200 per barrel. The price of oil is set to skyrocket and there seems to be little or nothing being done to effectively counter it.