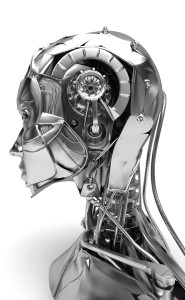 Big data and robotics may just be the answer to reclaiming profit from the struggling oil industry. Though oil is being reclaimed at record-breaking rates domestically, many oil companies have been struggling. Oil prices have tanked, in part to increased supply and lowered demand, and in part due to price fixing through foreign policies. NOV’s “robot roughnecks” may be the answer for companies who still believe in the oil and gas industry.

NOV is embracing the current oilfield woes as a way to innovate, creating new technology that can reduce the overhead associated with oil and gas drilling and thereby increasing the revenue. With better oilfield yields today than ever before, and a steady demand for oil and gas products, the question is really whether domestic oil producers can continue to meet the lower per barrel prices that have been prompted by foreign oil consortiums and excess supply.

Data mining and analysis can be used to increase the efficiency and reduce the risk of oilfield operations, thereby greatly increasing the bottomline across the industry. Companies will be able to work more productively than ever before, reducing the amount of cost per barrel. Thus, companies using robotic roughnecks and data analysis will be able to undercut the competition, both domestic and foreign, turning a profit even amidst plummeting oil prices. With a larger volume sold, the industry as a whole can become more profitable. 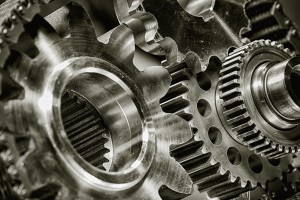 NOV has drilled automated wells for a variety of companies, including ConocoPhillips and Chesapeake Energy. The findings were illuminating: NOV was able to drill wells 40% faster. But speed isn’t the only issue (though it is a big one): automated wells also don’t involve the costs that human labor would, such as liability in the event of injury. Faster drilling itself does save a company a significant amount of money, however, to the tune of approximately $20,000 a day for a standard onshore drilling rig.

Of course, this change is not without its consequences. Switching to more automated services will mean a potential loss of oil and gas jobs within the cities that these companies are based in. However, this loss of jobs will also occur should oil and gas companies be forced to shut down their operations, which is a situation that could more than occur if companies are not able to reduce their overhead. Drillers will still be a necessity, just fewer of them; every individual driller will be able to be in charge of multiple wells rather than a single well.

What does the future hold for the oilfield industry? No one knows, but robots and big data may be the right bet. As technology has improved, the world’s supply of reclaimable oil has increased sharply, and this means that per barrel prices will ultimately be devalued. But that does not mean that oil and gas companies need be devalued. Oil and gas companies can still recover as long as they are willing to change with the times.