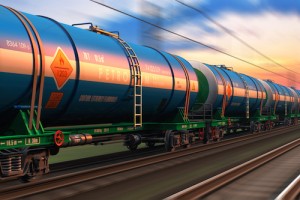 New safety regulations regarding the shipment of oil via trains have been proposed by the attorney general of New York. These new safety regulations would require additional processing for crude oil before it could be shipped on trains, theoretically reducing the combustibility of the materials involved. Energy companies, however, believe that this would not be able to significantly increase the safety of the shipments.

The New York Attorney General has requested that the U.S. Pipeline and Hazardous Materials Safety Administration set a cap regarding the pressure of vapor inside of the crude oil that is being transported via trains. This is based on the belief that vapor pressure indicates the combustibility of the materials,and that reducing vapor pressure would have the potential to mitigate some of the damage that is caused by train derailments. These new regulations would require that additional vapor be removed and processed out of the crude oil before the material is transported, which would come at some cost to the crude oil companies.

The Role of Gases in Crude Oil Combustion

A number of fiery train derailments have occurred which ultimately led to the combustion of gases that were stored within the crude oil tanks. That being said, energy organizations believe that the pressure of vapor within a crude oil tank will not indicate whether or not the tank will explode. Instead, the more reliable predictor of whether an incident will occur is the safety of the train and the railway system itself. Energy companies question whether the crude oil is the danger or whether the amount of train car derailments may be the more serious issue.

There are numerous train derailments on an annual basis, and many believe that the railways themselves may be to blame. OIl shipments are simply one of the most common types of shipment on the railways, rather than being a contributing factor to the accidents, injuries, or fatalities. Even if reducing vapor pressure could reduce the combustibility of the load, a train derailment carrying any shipment (whether it be oil or not) would still be seen as dangerous. Thus, many in the oil and gas industry believe that the railways should increase their safety instead. Of 31 oil crashes throughout 2013 and 2015, nearly 60% of them were due to track problems. OIl shipments aren’t just numerous, they also tend to be particularly heavy loads, and thus they reveal existing problems in the railways more often than other types of cargo.

It’s not yet known whether these new regulations will be enacted or what effect they will have upon the oil and transportation industry. Though there have been some notable crashes of oil-carrying trains, many within the oil sector believe that it is largely an issue with the transportation industry rather than the materials being transported. Additional processing of crude oil may not be as beneficial as investigating the safety procedures of train shipping and transportation. Trucks remain an efficient and safe way to transport oil, apart from these increasing regulations. You can learn more about oil and transport related regulations by following or contacting us at Tiger General LLC.