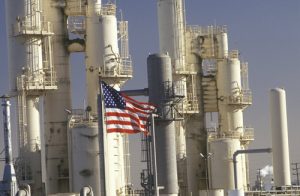 Gas storage levels within the United States have currently reached a record high, at 47 billion cubic feet more than a year-over-year comparison. These gas storage levels are 189 billion cubic feet over the five year average. This is good news for the United States, which thrives on affordable natural gas energy. Throughout the country, natural gas has been taking over for coal power, which is comparatively inefficient.

Natural Gas Production Has Increased Due to Fracking

Natural gas production has increased sharply within the United States primarily due to fracking. Five states, including both Pennsylvania and Oklahoma, were able to compensate for declining production throughout the rest of the country. Both natural gas and crude oil are by-products of the hydraulic fracturing process, which has been able to tap into the country’s immense shale reserves. As new hydraulic fracturing methods have been developed, it has become far easier to produce large quantities of both natural gas and oil.

Within the United States and the rest of the world, natural gas demand has been steadily increasing. But despite this increased demand, the reserves have still grown; this is because production is currently outpacing the country’s needs. This doesn’t, however, mean that too much natural gas is being produced. As natural gas continues to grow as an industry, it can take over for many of the coal-powered plants throughout the nation. The more natural gas remains in reserves, the less expensive natural gas will become. Overall, this is good or both the natural gas industry and the country as a whole. 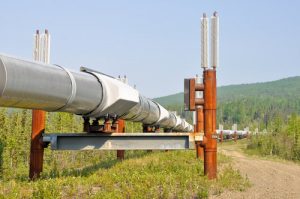 Throughout 2016, liquefied natural gas exports have been increasing. By exporting both oil and natural gas, the US has been able to position itself as a world power within the energy industry. This is a significant change in the US energy market, which was previously dependent and beholden to other countries for its energy needs. Natural gas exports bring additional money into the US economy, much of which is reinvested directly into the local communities that are supporting oil and gas companies. They also give the country leverage when it comes to negotiating new energy deals.

Though both oil and natural gas are at very low prices, the companies have been able to sidestep issues of profitability by making their profit up in volume. This also reinforces the drive towards producing large volumes of natural gas. By refining techniques and technology, companies will be able to produce even more natural gas at lower prices.

As the United States continues to move forward with their natural gas production, it’s possible that exporting natural gas may become more commonplace. Demand for natural gas is increasing on a global level, as many countries are attempting to move away from environmentally harmful and inefficient coal power plants. By keeping natural gas plentiful and the costs low, the natural gas industry is able to provide an economic boost to the nation. Companies within the natural gas industry can continue to expand by investing in new equipment, such as the new and used trucks, trailers, and rigs provided by Tiger General, LLC.