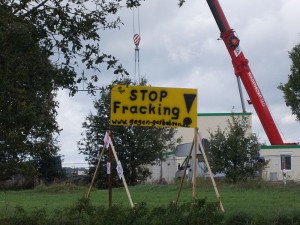 How much do you know about fracking? If you’re like most of America, probably not much. A poll constructed in 2012 by the Pew Research Center found that 74% of Americans know little or nothing about fracking. Yes that’s right, 74%! Despite living in a society where people can receive news from numerous media outlets (television, internet, radio etc.), almost ¾ of our country isn’t educated on the concept of fracking. Fracking has developed a bad reputation because of many left-wing politicians and activists. Americans are persuaded against fracking simply because of an agenda-driven politician or news broadcaster’s skewed point of view. There is very little research put into an individual opinion other than blindly following a politician who is against fracking policies.

Fracking And The Water Supply

The first and most common myth is that fracking contaminates our water supply. This myth is completely non factual. Our current drinking water comes from wells no more than a few hundred feet below the surface. Conversely, the process of fracking is conducted on shale well over 7,000 feet below earth’s surface.

As if that wasn’t enough to disprove the myth, there are several layers of solid rock between the water and the gas deposits, thus making it impossible for the gas to come in contact with the water. Also, the fracking workers lace the lines of the well with casings that are made from solid steel and concrete. These casings must consist of at least 4 layers of the steel on concrete mixture. In turn, these casings provide an immensely solid barrier from any water for the oil and gas that is being sucked up to the surface.

Fracking has been an ongoing source of oil since the 1940’s. There has been millions of wells being worked on over the past 70 years. So, if in fact there was a contamination problem with fracking, we would have known about it for some time now. Yes, there have been instances where the drinking water has become flammable in towns where fracking is prevalent. However, upon further research, it was found that the cause behind the flammable water was an increase in methane because a nearby fracking well imploded. So, during day to day operations, it’s impossible for a fracking well to contaminate the drinking water. It’s only when a well explodes does sanitation become an issue.

Furthermore, there is a myth that fracking causes earthquakes. Once again, this is false. A US Geological Survey science advisor for earthquake and geologic hazards said “Fracking itself probably does not put enough energy into the ground to trigger an earthquake. That’s really not something that we should be concerned about.” Having said that, the waste from fracking has been known to cause trembles. There have only been a handful of instances related to these trembles, and none have caused any serious damage.

The Chemicals Used In Fracking

Lastly, there is a myth that fracking pumps are extremely toxic and secret chemical brews into the ground. This is once again false. Roughly 99.5% of what is pumped into the ground during the fracking process is solely water. Additionally, the only mixture added to the water is sand and various chemicals. This mixture is found in most modern homes. In fact the US Department of Energy wrote: “…many of these additives are common chemicals which people regularly encounter in everyday life.”

Above all, the implications of fracking tends to be very misunderstood by society. All the media attention and hype surrounding the topic tends to skew many perceptions. Some people have a negative opinion of fracking despite not knowing much about the process itself. I hope that this examination of common fracking myths has helped shed some light on the subject.