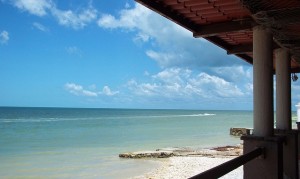 100 million barrels of oil have been discovered in the Gulf of Mexico by Royal Dutch Shell. This is an extraordinary discovery, as it is both substantial in nature and in an incredibly convenient area of the Gulf. Though the amount of oil isn’t close to the amount of oil that has been discovered in the past, it’s still likely to be a beneficial find.

The Discovery at Kaiklas Field

The discovery of 100 million barrels of oil within Kaiklas field wouldn’t be exceptional if it wasn’t for its location (though it’s still a fairly good find, either way). The 100 million barrel discovery by Royal Dutch Shell occurred close to their existing oil infrastructure, and can consequently be taken advantage of with very little investment to the business itself. Royal Dutch Shell has been attempting to create a more streamlined oil infrastructure, whereby new oil finds can be taken advantage of through an existing oil infrastructure. The discovery at Kaiklas field is one of the first of these oil finds that will be able to show the merit’s of Shell’s new approach.

The area around the Gulf of Mexico has a potential output of 500,000 barrels a day, including the Kaiklas field discovery. Shell has invested significantly into this area, which is projected to have up to 1 billion barrels of crude oil and has been developed since the 1990s. By investing in infrastructure atop known oil resources, Shell can cut down on the costs associated with new discoveries while still maintaining a platform of exploration. Through practices such as this, Shell has been able to produce the third largest amount of oil resources in the world.

Shell’s answer to lower prices in the oil and gas market has been to lower the cost of its own oil production. By lowering the costs associated with exploration and production, Shell has been able to lower its own price per barrel for oil recovery. This makes the plummeting oil prices substantially more bearable. As prices continue to lower, Shell will be looking towards streamlining its production, creating new technology, and making it easier to source new finds. Lowered gas prices could ultimately be better for the economy and better for business, provided that the actual costs of recovery are able to match the lowered prices.

The find at Kaiklas field may not be one of the most substantial that Shell has discovered, but it is one of the most convenient. The Kaiklas field discovery neatly fits into Shell’s new initiatives for resource management, and will play an instrumental role in helping Shell compete on a global scale with falling oil prices.