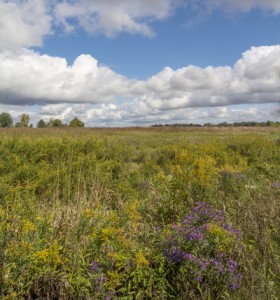 Fracking now accounts for over half of the oil output of the United States, according to recent reports by the Energy Information Administration (EIA). Since 2000, fracking has gone from a mere 2% of domestic oil production to over 50%, owing to the rich shale deposits available throughout America. It’s expected that fracking will continue to pave the way for America’s energy future and energy independence.

The Growth of Hydraulic Fracturing in the United States

Hydraulic fracturing was first developed in 1947 but didn’t enter into widespread usage until the last decade, when it was discovered that hydraulic fracturing could be used to quickly and affordably tap into the massive shale oil reserves under the United States. Prior to fracking, the United States imported a significant portion of its oil, and these oil imports not only drove up gas and energy prices but also affected the domestic economy. Once fracking entered into common usage, the United States was able to begin producing its own oil domestically. This economic benefit was furthered by access to cheap oil from Canada, which has also been bolstered by hydraulic fracturing methods.

Since the widespread adoption of fracking, oil prices have been on a steep decline. Though this has increased challenges for domestic oil production, it has also vastly improved the economy. Numerous studies have been able to link lower oil prices with better economic outlooks, as the prices of travel, shipping, and goods are all decreased.

The Future of Fracking and Domestic Oil Production

The United States is presently competing with Saudi Arabia and Russia for the global oil market, a situation which could never have been foreseen just a couple of decades ago. Fracking is expected to continue growing, with oil and gas producers focusing on a reduction of their overhead and exploratory costs. By reducing their own expenses, oil and gas companies will be able to maintain their profits without slowing down their oil production, and this will have a net benefit for the economy as a whole.

Regardless, oil prices are not likely to stay at their current lows; $40 a barrel or less as of 2016. These prices have been affected by Saudi Arabia’s vastly increased production, which is not expected to continue beyond the next couple of years. As oil production slows down globally, prices are expected to stabilize. This will pave the way for further investment in oil and natural gas production techniques and technology.

Fracking is an essential component to the energy future of the United States. Oil and gas production companies today will need to maintain their operations long enough for prices to rebound and profitability to be sustained. For oil and gas companies interested in bolstering their operations, Tiger General LLC maintains a wide inventory of new, used, and reconditioned equipment, from swab rigs to dump trailers.