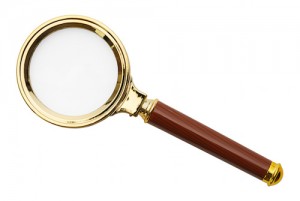 Hydraulic fracturing, commonly known as fracking, is widely misunderstood by the general public. Fracking is often held up as a major environmentalist concern, but this is largely due to a lack of understanding regarding the process of fracking, how it works, and the benefits that it has provided. Here are a few of the facts about fracking that is not widely known.

Numerous studies have been completed regarding fracking’s effect on the local groundwater supplies. Research by Yale concluded that fracking does not contaminate groundwater. Water was taken from 64 separate private wells in order to analyze a large enough sample size and no dangerous groundwater intrusion was discovered.

Fact: Fracking Has Revitalized the Oil and Gas Industry

Fracking has greatly strengthened the domestic reserves of oil and gas. In fact, during the most recent recession, it was fracking and the oil and gas industry that allowed the economy to rebound. Analysts have seen time and time again that lower gas prices tends to strengthen the economy, by both reducing the costs of transportation and the costs of shipping. Fracking reduced reliance upon foreign oil and has paved the way for a strong export industry once oil prices are again normalized.

Fact: Fracking Is Good for the Environment

What may seem like a controversial statement is, in fact, easily proven. Fracking has increased natural gas reserves substantially, which has reduced global reliance on more dangerous fossil fuels such as coal. In fact, fracking has reduced carbon emissions by far more than solar power has, primarily due to the lowered cost of adoption. As natural gas has become more plentiful, technology based around natural gas has also been developed, such as vehicles that run purely on electricity produced by natural gas.

So why isn’t this information explained by the media? For a large part, it’s because none of the above issues really look good as a headline. Fracking has been used for many decades as a way to recover affordable oil, and it has been a major driving force behind the recovery of the American economy. Some level of skepticism needs to be levied against claims regarding fracking, as many of them are either exaggerated or poorly understood.

For the best oil field trucks, contact the experts at Tiger General, LLC.