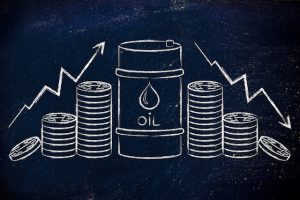 Gas prices are going up across the nation, but these prices aren’t due to “big oil.” In fact, big oil has been doing all that it can to provide more oil and affordable oil to the domestic market. Instead, gas prices are likely to go up following substantial disasters that have occurred due to Hurricane Harvey and Hurricane Irma. These natural disasters have hit many of the major oil producing regions and will likely have a significant impact for months to come.

The Impact of Natural Disasters on Gas Prices 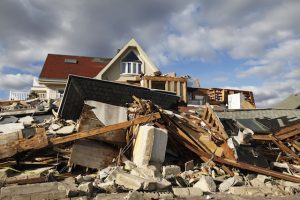 Texas alone is responsible for a substantial amount of domestic oil drilling. While natural disasters are occurring in the area, a significant amount of oil production has had to decrease, which in turn does drive down the available supply. At the same time, many individuals have purchased gasoline recently because they were anticipating survival scenarios or were preparing for evacuation. Because of this not only is crude oil going to be in demand, but local supplies of gasoline have also gone down. All of these factors are combining to increased gasoline prices, which are already being seen by many in the areas of disasters and across the nation.

It is likely that gasoline prices may remain increased for at least a few months because it will take that long for the areas in question to recover. However, the prices should be able to stabilize again once recovery does occur.

Not only have gas prices not risen due to big oil, but big oil has actually been working to stabilize prices for some time. Big oil in the United States has been working against OPEC’s attempts to control the international gas marketplace. Throughout the past few years, OPEC has worked to decrease and destabilize oil prices, not to provide better resources to consumers, but instead to run domestic oil production out of the market. The consequences of OPEC’s plan would have led to near total reliance on other countries for energy and ultimately higher oil prices.

But “big oil” in the United States has been able to thwart these plans by making oil and gas production less expensive and more efficient. In so doing, US big oil conglomerates have been able to provide stabilized gas prices to North America while also setting the stage for oil exports on a global scale. Though these prices are not as low as those seen during OPEC’s disruption, the prices seen back then were artificially low and would have always risen eventually.

Despite the rising prices, it’s important for consumers to remember that gas prices are still historically low, falling from a peak in 2007. Gas prices plummeted at the beginning of last year and have remained extremely low for the better part of the last two years. Before this, gas prices were much higher and they were continuously rising. With more domestic oil production in the United States, gas prices are expected to remain quite low for some time, barring incidents such as this natural disaster.

Though many people may be wary of increasing gas prices, it’s important to remember that it is a temporary situation that has been brought on by a natural disaster. Many companies are now going to have to recover from the recent hurricanes and begin production again. For companies looking to repair or replace their oil field equipment, Tiger General, LLC can help. Tiger General, LLC provides the best in refurbished, new, and used oil field technologies, designed to be efficient and cost-effective.