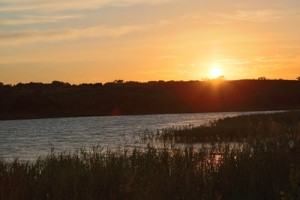 An industry record has been set according to Continental Resources, Inc, regarding its new STACK (Sooner Trend Anadarok Canadian and Kingfisher) well. During tests, the new Verona 1-23-14XH was able to produce 3,339 barrels of oil equivalent a day, in addition to 6.0 million cubic feet of natural gas. The highly pressured STACK area is projected to provide similar production for other wells, and the Verona itself is the ninth such well in the STACK.

Continental Resources and the STACK

Continental Resources presently holds over 170,000 acres throughout the STACK for development, which could be a boon to the company provided that production remains as high as expected. 95% of these acres are in the over-pressured window, which makes oil production far easier and faster. By focusing strategically on these over-pressured windows, Continental Resources is allowing the environment to work for them, making their wells and rigs far more efficient and productive with limited additional work from their engineers and equipment. If these test rates hold up, Continental Resources should be producing large volumes of oil and natural gas shortly.

An Industry Built On Cost-Cutting

The Verona project is one of the cheapest STACK completions that Continental Resources has developed. With lower oil and gas prices, many companies are focusing on cutting costs as a primary method of retaining revenue. Cost cutting is better not only for the oil and gas industry but also the domestic American economy, as it drives energy and gas prices down. Oil and gas companies are able to reduce their costs without increasing safety hazards or risks by focusing on new techniques that are designed to recover oil and natural gas in larger volumes. When oil and gas prices do begin to rise, it’s hoped that streamlining and innovation will still be able to keep the prices low enough to bolster the domestic economy. 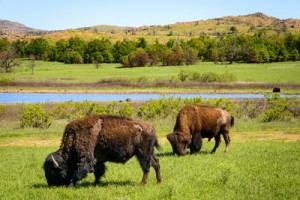 Oklahoma is one of the states that has seen the most interest in the oil and gas industry. Not only is it an affordable area to setup production, but it also has significant oil and gas reserves. If oil and gas regulations become prohibitively costly in other states, Oklahoma may begin to see renewed interest, especially due to the low costs. In pilot programs and tests, the STACK area of Oklahoma has proven to be extremely valuable to unconventional drillers. Pilot programs will be expected to announce their results by the third quarter, which may bolster new investors within the area.

The Verona project cost Continental Resources, Inc. a total of $9 million and came under budget by $500,000. It is believed that it will be an incredibly high volume well, which makes these costs comparatively very low. In addition to the nine wells, another four wells are planned, and 11 rigs are already drilling within the area. These rigs are situated throughout Woodford and Meramec zones. Tiger General LLC provides only the best in new and used rigs, perfect for low cost domestic drilling. Contact Tiger General, LLC today to learn more about their swab master rigs.