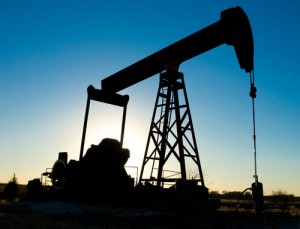 Many analysts believed that the oil and gas market in the United States would plummet along with global per barrel prices. Though the oil industry may not be growing at the rate that it was growing at previously, the cheap prices still haven’t caused oil and gas companies to exit the market. In fact, the crash in crude oil prices has instead become a driving force for success and innovation within the oil and gas market, especially for unconventional drillers.

Supply and Demand in the Oil Market

Oil prices have been reduced by 70% in the past two years, but despite this the United States has continued to produce over nine million barrels a day. Supply and demand in the oil market has created a somewhat confounding effect. Each oil company must produce more oil in order to make a profit because the profit on per barrel prices are now so low. However, the oil companies also know that the more oil is produced, the less it will cost. The hope is that the oil prices will eventually reach a stable equilibrium.

However, the current prices are low not because of supply but because of outside market pressures. Foreign agencies such as OPEC have taken action to flood the market with cheap foreign oil, therefore making each per barrel price much lower artificially. In recent months, many of the countries in OPEC have created new protocols for reducing oil production and export, but some of the OPEC nations have not agreed to reduce their own production. Unfortunately, the global market has remained unstable because of these issues.

Shale Oil Proves to Be Resilient Despite Low Prices

Shale oil has proved to be an extremely resilient source of both energy and cheap crude oil. Without shale oil and unconventional drilling, it would likely be impossible for the United States oil and gas markets to remain profitable. Through shale oil, not only is the country able to reach previously inaccessible oil reserves, but it can also recover more oil both faster and cheaper. This allows the United States market to keep pace with the lowered oil costs.

Shale drillers have also been able to substantially increase their productivity by focusing only on their best wells; shale oil wells give them far more opportunities for oil production. Finally, many oil producers have declined to slow down their production because they have invested quite a bit not only into their companies but also into local economies. If these unconventional oil drillers shut their operations down, it could have a significant impact on the jobs and economies of the towns surrounding them.

The sustainability of oil and gas companies is good news for the domestic oil market. It’s likely that the lower per barrel prices will continue for some time, likely for years to come. At the beginning of 2016, oil and gas prices have reached record breaking lows, but it still hasn’t caused unconventional drillers to drop out of the industry. For more information about the oil and gas industry, contact Tiger General LLC.