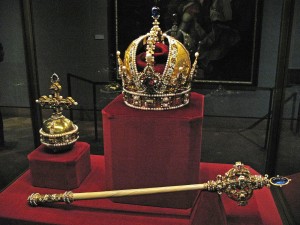 All Paths Lead Back Home

Bryan Sheffield did not start out in the oil industry, despite being born into it. He spent the early part of his career not following in the family footsteps.

Starting out as a commodities trader in Chicago, he was only getting by. The trend did not improve when he moved to Europe and tried his hand at trading interest rates. At the age of 29, he decided to pack up and bring his family back home to get involved in the family business.

Joe Parsley and Howard Parker had been drilling and operating wells in Texas since the 1960’s. While most of their wells had been sold off, there were still a few- 109 to be exact- that they controlled in the region. Joe decided to hand over operatorship of those wells to his grandson. Bryan was given freedom to take care of the wells as he saw fit.

In order to learn the industry, Bryan paired up with long time operations foreman Paul Treadwell. Paul had a lot of experience working for Pioneer Natural Resources, Scott Sheffield’s company, and was a willing tutor to Bryan.

The two spent days driving the dirt back roads of the oil fields as Bryan asked questions, teaching him what he needed to know about operations. The answers taught him how to best manage the properties he had been given control of.

The Oil Bug and the Recession

Bryan and his new partner Paul (Paul left Pioneer with Scott’s blessing) started up a brand new company called Parsley Energy with the intent of cashing in on the pre-recession era oil prices. At the time, oil was trading near $150 a barrel. Leases however were hard to come by, and the fledgling company was having issues finding leases. Then the recession hit.

What Bryan learned from his time trading paid off. Buy low was the theme of the day, and as the price of oil sank, so did the cost of drilling licenses. With the cost of oil below $50 a barrel, Bryan was able to acquire leases dirt cheap, some for as low as $500.

For years oil companies had been drilling in Midland. There are two layers of oil bearing rock in the area, the shallower being known as Sprayberry, and the deeper Wolfcamp. Typically larger companies would leave the Wolfcamp untouched and only grab the more shallow Sprayberry oil.

Bryan knew this from working those original 109 wells, and bought the mineral rights right out from under other large companies in the area. Those wells and the region in general, are sitting on what could be one of the largest oil fields in North America, with the potential to yield 100 billion barrels.

While Scott Sheffield reveals his plans to retire in a few years, Bryan has moved his headquarters to Austin so as not to pull talent from his father. The two continue to tap into the rich Texas oil and are proof of the “roughneck to riches” stories that are possible in the dusty oil fields of Texas.