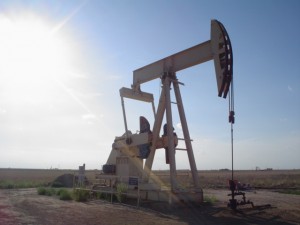 What is refracking and why has it become so popular? Refracking is an extraordinary technique which allows older wells to be retrofitted with newer fracking technology, essentially allowing companies to fully utilize their existing fields. Through modifying existing technology at existing sites, companies are able to avoid the expenses of new developments.

Refracking is as safe as the initial fracking; it does not create any new fracking sites. In fact, because it improves upon the initial technology in the area, it could even be said to be safer. Refracking is done in areas that have already proven to be resilient and that are well known as far as their resources go; thus, it saves a company both significant time and money. There should not be any safety concerns with refracking: refracking is only done in sites that have already experienced fracking anyway. At its very worst, the process uses up water.

Why Is Refracking Happening Now?

Refracking is occurring now because technology in the gas and oil industry has advanced to the point that it can gather significantly more material. Older technology could not do this. Because of this advance in technology, many companies are now visiting older wells a second time to reclaim the materials they could not claim before. The technology that has been developed can be used to modify the existing installations in old sites for gains with comparatively little expense or development time.

Every site is different and whether refracking will be useful needs to be determined on a case by case basis. It will depend on the technology involved in the first fracking and the amount of reserves that are believed to remain. Companies use refracking to ensure that they have acquired all of the resources possible from a single site; for a company, this is much easier than setting up on another site entirely. All of the groundwork has already been completed to both build up and study the site to ensure safety and to analyze quality. For companies, refracking offers tremendous benefits with little downside. As pointed out in the Shale Gas Reporter, the cost of the process can  be $1 million compared to the $12 million for a new well and, again, the only negatives are slight.

How Is Refracking Good For The Public?

As with any type of oilfield innovation, refracking will provide even more oil by making existing wells better. This will lower costs significantly for consumers because domestic oil will be more plentiful and easier for companies to acquire. In general, anything that improves the efficiency of the oil field will also lower oil and had prices and significantly strengthen the economy by creating domestic jobs and reducing consumer cost.

What is the Future of Refracking?

Refracking is a trend that is likely to continue growing in popularity. Moreover, it’s very likely that refracking will continue in waves each time the technology has significantly changed in the fracking industry. There is no reason why refracking could not occur in the same site multiple times as technology continues to get better.