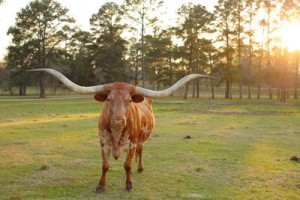 A new West Texas field discovered by Apache Corp may be able to yield over two billion barrels of oil. The exciting new field has now been dubbed “Alpine High,” and has provoked renewed spending in Apache Corp stocks. Though Apache Corp’s interests in the area were largely driven by large amounts of natural gas, this new oil discovery could mean big things not only for the company but also the West Texas oil market.

A New Discovery In a Previously Dismissed Region

Previously, the area of the new Alpine High fields had been largely ignored. The Alpine High fields are a field near the mountains, and it had been considered to be a poor fit for current extraction methods. Apache, however, was able to cheaply purchase the mineral rights throughout the region: rights that may be worth up to $8 billion if their yield estimates are correct. Well development and extraction has already begun throughout the area, and the wells have so far been able to create a 30% profit margin. The wells are producing plentiful amounts of both crude oil and natural gas, but are mostly producing natural gas.

Because of the affordable prices and lack of interest in the area, Apache was able to purchase up to 450,000 acres of land. But the real concern right now is infrastructure. Even if Apache is able to produce the large amounts of oil and natural gas that they project, they will then be required to distribute it out of West Texas. The West Texas capacity to both ship and process these products may not be able to meet their needs without significant investments from interested parties. On the other hand, these investments could further improve upon the Texas economy.

A New Investment for an Independent Oil Company 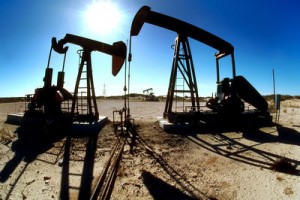 Owing to this need for infrastructure, Apache is intending to put a full quarter of its capital budget towards the development of this oil field, focusing on drilling new wells and expanding. But there are also some other interesting factors in this case, as it implies that there may be other areas that geologists and other scientists are currently dismissing. This may prompt oil and natural gas companies to begin looking in more interesting and innovative directions in the pursuit of new drilling space. In the case of this particular oil field, it was previously believed that hydraulic fracturing would not be able to yield results.

This new oil field find is a significant discovery not just for the state but also for Apache. Apache is an independent energy company with a market cap of just over $20 billion; an $8 billion discovery is a substantial one. With 19 wells currently developed, Apache may be set to invest even more within the area, and may grow the Alpine High to one of the largest oil and natural gas production areas in the country.

Tiger General, LLC has spent nearly a century offering equipment to oil fields throughout Ohio. As the oil field industry continues to grow, more space is opened for smaller and independent energy companies. Contact Tiger General today to find out about their fully inspected and customized oil field equipment.