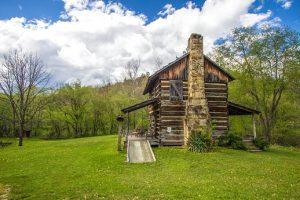 A new year has most of us looking to the future, but we thought we’d kick off 2019 with a look back to where it all started. The American petroleum industry got its start in the 1850s, but its origins can be  traced back even further than that very first well.

One of the earliest accounts of American oil comes from Jesuits who were chronicling their journey through the New World. In 1657, they wrote, “one finds heavy and thick water, which ignites like brandy and boils up in bubbles of flame when fire is applied to it.” They would go on to note that American Indians used the substance on their faces and bodies, perhaps as decoration.

In the 1820s, as more settlers arrived west of the Appalachians, salt production became a powerful industry. However, when new salt springs were dug throughout the Ohio Valley, the workers would often encounter oil and natural gas. However, these strikes were an annoyance and the resources were often discarded.

As the Industrial Revolution came into being, the need for products such as kerosene grew immensely. Oil had been successfully drilled for years, but only as a by-product of other mines and industries, such as the salt springs mentioned above. That would change in the summer of 1859.

Just outside of Titusville, Pennslyvania , in the state’s northwestern corner, two men set out to do what no Americans had ever achieved. On August 28th of that year, George Bissell and Edwin L. Drake became the first Americans to successfully use a drilling rig on a well that was specifically meant to produce oil. Many consider this to be the first ever commercial oil well, although countries such as Canada, Poland and Azerbaijan dispute this claim. What is definitely true, however, is that the Drake Well spurred the first American oil boom.

The success of the Drake Well in Pennsylvania led others to try their hand across western Appalachia. By 1874, America had its first oil tycoon in John D. Rockefeller. Oil exploration and production spread westward with huge deposits found in Oklahoma and eastern Texas. As America prepared to enter WWI, the uses for oil quickly turned to gasoline to fuel the war effort in Europe. After that, oil was seen as part of the national defense and was its price was federally regulated for the first time in 1938.

Over 80 Years of Quality with Tiger General

While we weren’t there in 1852 for the Drake Well, Tiger General has been serving the oil and gas industry for a long, long time. We provide some of the best truck and equipment out there. Fill out our truck inquiry form for a quick and accurate quote