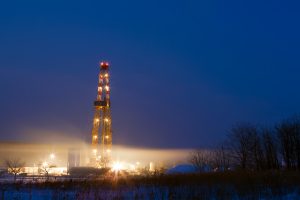 Shale oil drillers in the United States are expected to see large production gains moving into 2018. These gains are only going to continue throughout the year. According to the forecast from the Energy Information Administration, the growth of oil production will be approximately 94,000 barrels a day in January. The total output of the seven major shale regions of the United States is expected to be over 6.4 million barrels per day in January 2018.

Most of the Gains Coming from the Permian Basin

Rather than concentrating purely on production, it’s believed that many oil and gas companies are going to be focused primarily on increasing their financial value. These companies have been growing at astonishing rates, in part due to fracking technology and international pressures. After this production increase, companies may be focusing more on ensuring that their operations are stable and that they are growing steadily.

This is a tremendously good sign for the industry, as it means that the companies are going to be able to focus primarily on their fundamentals. Rather than risking any potential missteps, such as creating a bubble that could burst, or the workings of a future crisis, companies are instead going to be focused on building a very solid foundation on which to grow. This also shows that companies are thinking long-term, as the United States is currently poised to become a long-term superpower in the world of energy.

Flexibility is Making It Harder to Forecast Growth

Because the shale gas fields are so easily produced from, it’s difficult for forecasters to anticipate growth. Ultimately, the growth of the market is going to have more to do with how quickly the oil production companies want to grow. Companies are competing not only on an international scale but also on a national scale, in terms of market share. Oil and gas production has never been more affordable or easier to complete.

This has created a balancing act in which companies do not want to either overproduce or underproduce and in which the production itself is fueling the growth of oil and natural gas prices. Regardless, all estimates recognize that the oil and gas industry is going to be performing extraordinarily well domestically, while both contributing to national energy independence and while providing enough room for the country to grow on an international scale.
Drillers are going to be setting off 2018 with significant gains, but possibly pulling back and focusing on their own infrastructure at the same time. Oilfield companies may also want to focus on developing their operations and ensuring stability. Since 1925, Tiger General has been making rock-solid new, used and reconditioned machines for the oil field industry. If your company wants to invest in their operations, contact Tiger General.